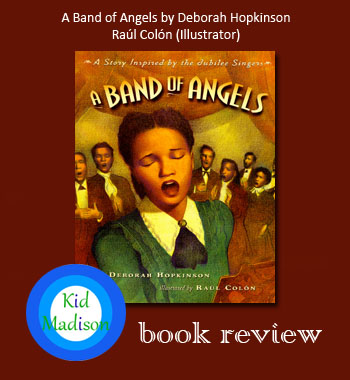 One of the good points about moving to West Tennessee is being in the midst of so many places where significant events in African American history (and American history) took place. We are about four hours away from where the Little Rock Nine ignored threats of lynching and bravely integrated an Arkansas high school; about five hours away from where Rosa Parks refused to get up from her seat after a hard day at work, which later sparked the Montgomery Bus Boycott; about three hours away from where students joined the sit-in movement to bring racial equality into (in Nashville) eating establishments and about two hours away from the Lorraine Motel, where Martin Luther King, Jr. was assassinated. This is especially profound to me after having had the opportunity to visit his birth place.

Many of these events are well known and dark times in our history, but on the other side are many inspiring and brighter events that took place.

We are about four hours away from the birthplace of Wilma Rudolph who, despite being struck with Polio as a child, became the first American woman to win three gold medals in track and field at the 1960 Olympics and about two hours away from the infamous Beale Street, which is also known as Home of the Blues and where many influential and eventually famous African American musicians got their start singing the blues. It is also home of Memphis’ first black millionaire, Robert R. Church.

We are also just three hours away from where a group of nine eager black students set out to earn money for their school and an education. They also inspired the world through their “new” style of music.

A Band of Angels: A Story Inspired by the Jubilee Singers tells us about the birth of the Jubilee Singers of Fisk University (then Fisk School), an all black college that was opened in Nashville to educate the recently freed slaves at the end of the Civil War. Most of the students who attended the school worked hard for their education by saving up monies earned from their many jobs all the while maintaining their hope and dream of obtaining an education; something that had been denied them in the past only because they were black.

Aunt Mary Beth, the family treasure keeper – keeper of the stories/history of the family – shares the favorite story of her niece, whose great-great-great grandmother, Ella (Sheppard-Moore), was one of the original members of the Jubilee Singers. Although the story is fiction, it was inspired by many factual events that happened during that time. It also shows how valued an education was to many students during that period.

Ella saves money from her many jobs to earn enough tuition to attend Fisk School. Despite the fact she has not earned enough for the full tuition by the time school begins, she packs her bags, and with determination heads to Nashville to begin her college education.

Although Ella is first a pianist (later becoming the choir pianist), she also has a beautiful singing voice. She is invited to join the school choir where they learn popular songs sung by white people, but also the “old slave songs” that many of the students, some former slaves, also sang while growing up.

Fisk School becomes threatened with closure due to the lack of maintenance funds and it is due to the ingenious idea of Professor George White and the talent of the Jubilee Singers that Fisk School is able to remain open and cements the choir’s place in history as they raise funds for their education and introduce the world to the Negro spiritual.

A Band of Angels provides a bit of Tennessee history and offers inspiration encouraging you to not give up regardless of the obstacles you may face.